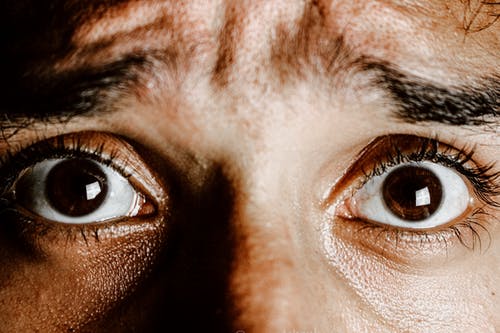 Sleeping is important because sleep is used to press memories into long-term memory. Sleep is a kind of hard drive cleaning, as especially important memories are stored in the sleep. The downsides of dreams are nightmares that every tenth person sees regularly. Dreams are seen as things that evoke emotions and dreams often reflect the events of the day. Psychological theories think that dreams maintain mental balance and help to cope with everyday difficulties and problems.

– When a person needs the most therapeutic effect, for example after a serious traumatic event, dreams do not bring relief. On the contrary, nightmares and traumatic events are constantly seen, says Katja Valli, PhD researcher.

Human brain activity is chemistry and electrical impulses. According to some theories, dreams have no meaning.

– The brain cannot be turned off during the night, they do their own stuff and there is electrical and chemical activity. The brain seems to be trying to make sense of its inner workings and build dream worlds from brain activation, Valli describes.

Almost everyone sees dreams. There are a very small percentage of people in the world who do not think they have had a dream. From the point of view of dream research, it is difficult to determine whether this is true, for the researcher must always awaken the person and ask to see the dream. All dreams tell of places you have been or know about. Sleep, however, may confuse things as illogical.

Katja Valli says that especially during rem sleep, the activity of the human forebrain is significantly less than when awake. Critical and logical thinking and behavior control function in the fore brain.

– When you can’t keep in mind that you are in your own bed in a safe environment, you don’t realize that you are asleep.

Going to bed can be heavy for some, as 5-10 percent of adults often suffer from nightmares. Many times there is a traumatic experience behind nightmares, but nightmares can be seen by a person living a normal life.

– There are nightmares for which there is no reason. There is not even stress. Some more sensitive people are just tough to see nightmares.

Nightmares can even be helpful. Sleep researcher Katja Valli says that for people’s ancestors, dreams were often training situations.

Dreams contributed to survival, and according to threat simulation theory, dreams were able to train in dangerous situations. In the sleep, however, the tiger has not necessarily run away. In sleep, neural mechanisms learn to act in emergencies.

– Today, for example, pilots train in simulators in dangerous situations. In the right situation, training is dangerous. In sleep, training is safe. For other topic like insomnia visit here