Lungs Infection & its Cure for you 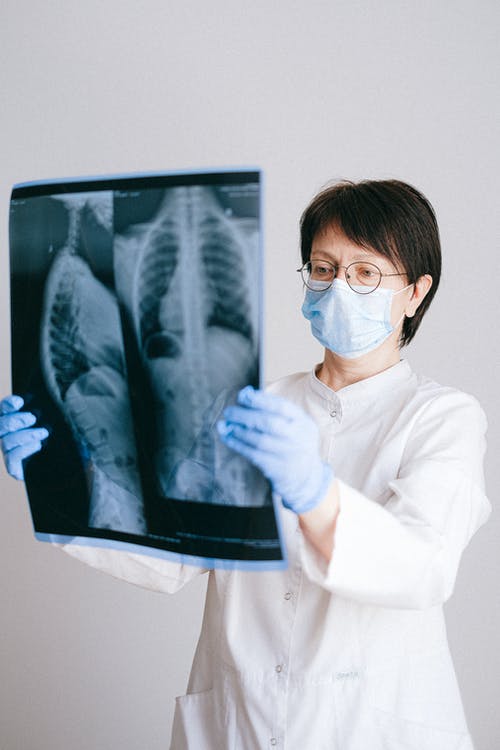 Acute lower respiratory tract infections include pneumonia (inflammation of the pulmonary alveoli), as well as acute bronchitis, capillary bronchitis (bronchiolitis), influenza, and whooping cough. These diseases are one of the leading causes of morbidity and mortality in children and adults around the world. The most common of these are the following infections:

Acute bronchitis is a rapidly progressing infection of the respiratory tract.

Bronchiolitis is an infection of the lower respiratory tract in newborns and children under 2 years of age. This is the most common reason for hospitalization of children under 1 year of age. Influenza manifests itself in annual epidemics and sometimes pandemics, when an influenza outbreak covers a large geographic area. The most serious forms of this infection are observed in people over 65, in children under the age of 2, and in people of any age with certain medical conditions (diseases). Here are some underlying medical conditions that increase your risk of hospitalization for the flu. These are, in particular, diabetes and some heart, pulmonary and neurological diseases, including asthma.

Pneumonia, or pneumonia, is the most common cause of death from infectious diseases in Europe and the United States. Pneumonia symptoms appear within 3 to 4 weeks and is more common in very young children and the elderly. There are three types of pneumonia:

The main symptom of acute bronchitis is cough, which cannot be explained by the presence of long-term lung disease.

Bronchitis manifests itself in infants and young children as coughs and wheezing that can last for weeks or even months after these symptoms first appear.

Symptoms of the common form of flu are fever (fever), muscle aches, headache, cough, sore throat, and stuffy nose. In a more severe form, this infection can lead to pneumonia.

People with pneumonia suffer primarily from cough (along with other symptoms such as fever and shortness of breath for no apparent reason).

These infections are caused by tiny organisms such as bacteria or viruses. They are in millions near us. Viruses travel in tiny droplets and are spread from person to person when the carrier of the virus coughs or sneezes. The body of a person affected by such an infection produces antibodies to fight the virus. If he has coped with this strain, he will be able to cope with it again when re-infected. However, over time, the virus can transform and take other forms, and it may turn out that now the body no longer has the necessary antibodies to fight this virus.

Bronchitis in infants and young children is most commonly caused by respiratory syncytial virus (PCB).

The 3 influenza viruses are: A, B and C. The most harmful is the A virus, when infected with the B virus, the disease is not so difficult, and the C virus does not cause any diseases in humans at all.

If a new strain emerges that humans have no immunity to, it can spread throughout the world. For example, in 2009 there was a similar outbreak of “swine flu”. Now the Corona Virus which is spreading worldwide,

Vaccination is the best way to prevent infections. Vaccination against pneumonia and influenza is usually given to target groups, in particular the elderly and the very young, who are most at risk and protect them from disease. A vaccine to protect against respiratory syncytial virus (PCB) is not yet available, but research is underway to create such a vaccine.

One of the treatments for the infection is through the use of drugs called antibiotics. Antibiotics can only be prescribed when absolutely necessary, otherwise microorganisms develop antibiotic resistance (resistance).

Many people think that bronchitis is not a reason to visit a doctor for diagnosis if they do not have severe or persistent symptoms. In general, no medication is needed to treat acute bronchitis, and symptoms can be treated at home by resting and drinking plenty of fluids. Antibiotics do not work on viruses, so they are not prescribed for the treatment of acute bronchitis.

Bronchiolitis is diagnosed by symptoms and assessment / analysis of the baby’s breathing parameters. Respiratory syncytial virus (PCB) infection in infants usually requires only supportive therapy and not drug therapy. Only in very severe cases are they prescribed antiviral drugs.

Strong, healthy people do not need to go to the doctor for a flu diagnosis. Typically, flu symptoms can be treated at home by simply resting and drinking plenty of water. Antiviral drugs are also used to treat influenza in patients who are at risk of developing complications. If the patient is at risk, the doctor diagnoses the flu based on symptoms and medical history.

If an infection is found, x-rays can be used to check for pneumonia and possible darkening of the lungs. Antibiotics are used to treat pneumonia, and different approaches should be taken depending on the risk and severity of the disease.

For Best health of Lungs we should visit our practitioner for routine check & pure oxygen without pollution is also necessary.