Dengue Fever Prevention & its Cure Just for you 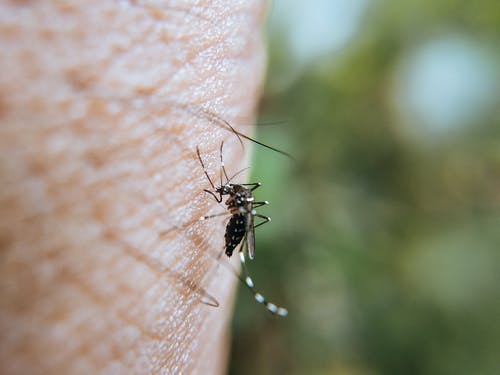 In recent years, the countries of Southeast Asia have been particularly popular with Russian tourists, and imported cases of dengue fever have begun to be registered in the Russian Federation. Dengue fever is common in almost all tropical and subtropical areas of the world, where the main vector of the mosquito, Aedes aegupti, is found. Infection transmission increases during the rainy season. The risk of contracting Dengue fever is higher in individuals who are in an endemic area for more than 3 weeks.

Dengue fever is widespread in South and Southeast Asia; sub-Saharan Africa; Central and South America, including the Caribbean region; countries of Oceania (Pacific region) and Australia. According to the WHO, about 2.5 billion people live in endemic areas at risk of infection, and an estimated 50 million cases of dengue fever occur annually, with 21,000 people dying from the disease.

The main breeding grounds for mosquitoes are clay vessels, metal barrels and concrete cisterns used to store household water supplies, as well as discarded plastic food containers, old car tires and other items that collect rainwater. In Africa, mosquitoes also breed widely in their natural environment – in the hollows of trees and on leaves that form a bowl in which water collects.

The clinical picture.
The incubation period lasts from 3 to 15 days, with an average of 5-8 days from the time of the bite of an infected mosquito.
In children and people of older age groups, the disease can occur in more severe forms.
There are two main clinical variants of dengue fever:
• Dengue fever.
• Dengue fever with hemorrhagic syndrome and shock.

In some cases, before the onset of temperature, there may be headache, fatigue, back pain, chills, stiff neck muscles.

Most often, the disease begins with a sharp rise in temperature to 39-41 ° C. The main symptoms are pain along the spine, in the joints, especially in the knees, bones, muscles of the thighs and back. Swelling of small joints is occasionally noted.

The patient’s gait, due to difficulty in mobility, becomes fidgety. From the first day, there is an intense headache, nausea, dizziness, loss of appetite, pain in the eyeballs, sometimes accompanied by photophobia. There is also an increase in all lymph nodes, an increase in the liver. Often, on the 2nd day of illness, diffuse erythema is noted.

The characteristic appearance of patients – the face is sharply hyperemic, puffy, there is faded eyes, injection of blood vessels of the sclera.
In typical cases, the high temperature lasts 3 – 4 days, then drops sharply, which is accompanied by strong sweating. The patient’s condition improves, but pain in the muscles and joints, as well as a tense gait, persist. The remission period lasts 1-2 days.
The second febrile period lasts 2-3 days. In this phase, a rash may appear on the background of fever.

The disease lasts 6-10 days.
Post-infectious immunity is persistent and lasts for several years. Repeated diseases are possible after this time or when infected with a different type of virus.

Complications of the disease:
• thrombophlebitis;
• pericarditis;
• myelitis;
• polyneuritis;
• post-infectious psychoses;
• pneumonia;
• orchitis;
• abscesses;
• furunculosis;
• pregnant women may have miscarriages.
The prognosis is usually good. The mortality rate ranges from 2%. It is mainly observed among the elderly and debilitated children.

How to prevent insect bites:
We can avoid these insect bites by using repellent & using net on bed.
• The rooms should have nets on windows and doors, if there are no nets, the windows should be closed. An air conditioner is desirable.
• Apply the repellent to the skin every 3-4 hours between dusk and dawn.
• If mosquitoes enter the room, there should be a net above the beds tucked under the mattress, make sure that the net is not torn and there are no mosquitoes under it.
• Use aerosols and special spirals in sleeping rooms.
• Clothing should be covered.
In order to prevent infectious and parasitic diseases, take precautions.
Persons with previous dengue fever or dengue fever with hemorrhagic syndrome and planning to re-enter the endemic focus, given the increased risk of developing dengue fever with hemorrhagic syndrome and dengue fever with hemorrhagic syndrome and shock, should be especially careful and use all measures of protection against blood-sucking insects …
Upon returning from the host country and in case of deterioration in health, you should consult a doctor, be sure to inform him about the place of your travel.