Cure & Prevention of Gonorrhea for You 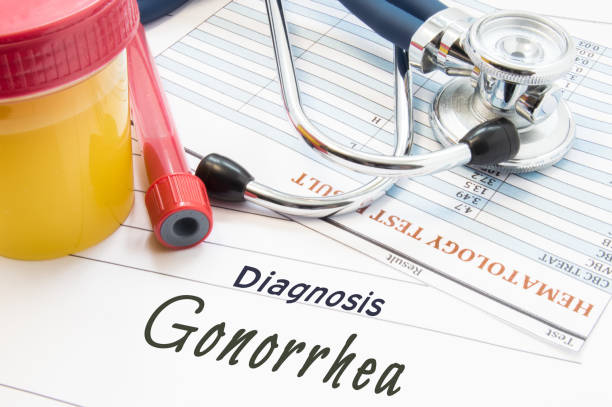 Gonorrhea (English gonorrhea, Latin gonorrhea; in common parlance – gonorrhea) is a venereal infectious disease manifested by inflammation of the organs of the reproductive and urinary systems of an infected person. The disease is caused by the bacteria gonococcus (Neisseria gonorrhoeae). At the moment, this medical problem is considered one of the most common bacterial infections transmitted through sexual contact.

The typology of this venereal disease is influenced by such factors as:

the duration of the disease;

the reaction of the body to the penetration of the causative agent of the disease into it.

According to the symptoms and duration of the disease, gonococcal infection is divided into chronic (sluggish inflammation of the genitourinary organs lasting more than 8 weeks) and fresh (lasting up to 8 weeks, has 3 forms – acute, subacute and torpid).

Also, there is the concept of “latent gonorrhea”. This condition occurs in female patients. With latent gonorrhea, smears and cultures for gonococci do not reveal problems, there are no pronounced symptoms of infection, and a woman is a clear source of infection with a venereal infection.

According to the focus of infection, gonorrhea is divided into:

an infection concentrated in the lower parts of the reproductive and urinary systems;

ascending infection (the endometrium of the uterus, appendages, urinary canal, peritoneum are affected) – such gonorrhea develops extremely rarely, but it is difficult and has dangerous complications.

Domestic transmission of infection is also possible. The risk group for domestic infection is girls from 2 to 8 years old. Also, gonococcal infection can be passed from mother to child during delivery.

With this route of infection, gonococcus causes neonatal conjunctivitis in newborns (the state of gonorrheal conjunctivitis when the pathogen enters the mucous membrane of the eye can occur not only in children).

With improper treatment or its complete absence, as well as with a protracted chronic course of the disease, polymorphism of the pathogen is observed, the appearance of new L-forms that are insensitive to the drug.

Long-term preservation of the pathogen in the body complicates both diagnosis and treatment.

At the same time, gonococci are quite sensitive microorganisms that quickly die:

when heated above 56 degrees Celsius;

after drying of the biomaterial (but in pus they can remain virulent for up to 24 hours);

under the influence of direct sunlight;

when exposed to a solution of silver nitrate at a concentration of 1: 6000 (after 60 seconds).

Gonococci do not secrete their true toxin, they only have endotoxin, which is released when the microorganism dies.

After the gonococcus has got on the mucous membrane of any organ lined with a single-layer squamous epithelium, it is fixed on the epithelial cells.

The endotoxin released after the death of the pathogen causes degenerative and destructive transformations of epithelial cells. Then the proliferation of connective tissue occurs.

With a progressive process, the tissue is scarred, which leads to the development of obstruction of the fallopian tubes and narrowing of the urethra.

Gonorrhea is dangerous because the human body does not have an immune response to its pathogen. And in combination with the high antigenic variability of Neisseria gonorrhoeae, the absence of an immune response leads to the possibility of… Click To Tweet

The clinical picture during infection

The first symptoms of the disease may appear 3-4 days after infection. At the same time, the duration of the incubation period depends on various factors, but on average it is 2-3 weeks.

If you suspect that you may have become infected with gonorrhea, you should keep in mind: the clinical manifestations of the disease are not always pronounced.

In some individuals, the disease proceeds without clear symptoms and its identification is possible only with appropriate studies (gonorrhea of   the lower genitourinary system can proceed without noticeable symptoms).

However, there are general symptoms in which, in any case, it will not be superfluous to consult a doctor.

pain, cramps, burning sensation and any discomfort during urination;

pain and irritation in the urethra;

swelling of the genitals of the external opening of the urethra;

in the lower abdomen pain and uncomfort or in the testicles (in men);

A mix of venereal diseases is very common, which changes both the picture of classical clinical manifestations and the duration of the incubation period of the disease. This complicates the diagnosis and treatment of gonorrhea, provokes the development of relapses and complications. In addition, it is worth considering that in men the inflammatory process is more pronounced from the very beginning of infection, and in women in the first 2-3 weeks, a sluggish, barely noticeable, almost asymptomatic course of the disease is possible.

A common complication of infection is the addition of a secondary

STD . Severe forms of gonorrhea are accompanied by the spread of pathogenic cocci throughout the body and their deposition on tissues lined with squamous unilamellar epithelium. Also, among the complications of gonorrhea:

inflammatory processes in the prostate;

inflammation of the seminal vesicles;

infection of the fallopian tubes and ovaries;

the defeat of the epididymis;

infection of the anus and rectal mucosa;

penetration of the pathogen into the abdominal cavity and other pathologies.

The most serious consequences of the disease are infertility (in both men and women), miscarriage, ectopic pregnancy .

Making a diagnosis of “gonorrhea” is no different from establishing the presence of any other disease in the human body. In order to know for sure if there is a problem, you need to undergo examinations according to the appropriate protocol.

To determine gonorrhea, the patient is interviewed for complaints, a visual examination of organs and laboratory tests . It is the test results that are the decisive argument in the diagnosis.

Although, in some cases, for example, to exclude damage to the myometrium, endometrium and fallopian tubes in women, additional instrumental methods of minimally invasive diagnostics in gynecology can be prescribed – hysteroscopy and laparoscopy.

They make it possible to take biomaterial directly at the sites of possible gonococcal lesion.

Analyzes that may be needed for laboratory diagnostics

In elderly patients and children, the diagnosis of gonorrhea necessarily includes bacteriological confirmation of the diagnosis.

When examining pregnant women, the study is carried out at any time. Most often, this happens 2 times: at registration and at 32 weeks of gestation. But, according to indications or according to a doctor’s recommendation, the number of studies can be increased.

Treatment of gonorrhea is prescribed taking into account the concentration of the focus of the pathology, the general condition of the body, the form and stage of the disease, the age of the patient and the presence of concomitant diagnoses (not necessarily of a similar etiology).

To stimulate the body’s natural defense response, immuno therapy is carried out: a gonococcal vaccine is administered, pyrogenic drugs are prescribed, and auto hemotherapy is used.

If the body is intolerant of an antibiotic and antimicrobial agents, local treatment of gonorrhea is carried out: