Cataract signs symptoms and treatment for you 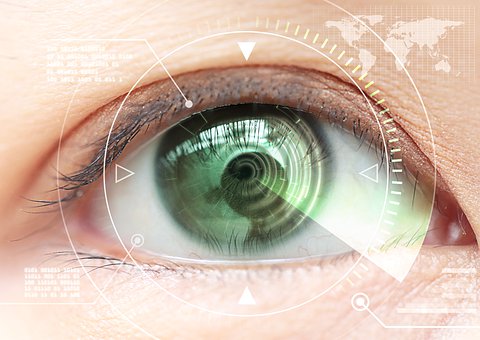 Cataract is a pathology of the organ of vision, characterized by partial or total opacity of the lens, which is located between the vitreous humor and the iris of the eye. The lens plays the role of an anatomical lens, its main task is the refraction of rays with their subsequent projection onto the retina. If the lens becomes cloudy, the natural process of refraction of the rays is disrupted, due to which the visual acuity decreases or the person becomes completely blind.

In medical practice, there is a certain gradation of cataract occurrence, the following groups of people head the risk zone:

Based on the classification and according to statistics, cataracts are usually considered a disease of the elderly. However, there are a number of factors that contribute to the development of the disease:

The main and most common clinical sign of cataract is expressed in a visual defect, which is characterized as a veil in front of the eyes. This symptom directly indicates clouding of the lens, it is accompanied by a decrease in visual acuity. Most patients describe this symptom as if they are looking at the world through foggy glass, a foggy veil. Often, the patient does not notice for a long time that his vision has become worse, since the eye that sees better compensates for the difference in vision. For self-diagnosis, doctors recommend that you close your eyes one by one and check your vision with each eye separately.

Among other symptoms of cataracts, ophthalmologists include:

Lens clouding in the elderly

According to statistics provided by WHO, about 70% of all cases of age-related cataracts occur in the age over 70 years. This means that the older a person gets, the higher the likelihood of lens clouding.

Despite these data, cataract is not only a disease of the elderly. The disease develops not due to the fact of aging, but due to changes that occur in the body with age. Some of these changes may well occur in 40-50 years, it all depends on the individual characteristics of each person’s organism, as well as genetic factors.

In old age, the main reason for the development of pathology is considered to be the changes that occur in the lens at the biochemical level. This process is regarded by doctors as natural, that is, every person is susceptible to the development of cataracts to a certain extent.

What is the nature of cataracts?

In order to fully understand the mechanism of the development of the disease, it is important to understand that protein compounds are present in the biochemical composition of the lens. They have certain physical, chemical and biological properties, the balance of which ensures the crystalline transparency of the lens.

With age, changes occur in the body, accompanied by the process of denaturation of protein compounds. In this case, proteins lose their original properties due to molecular rearrangements. The protein compound in the lens, undergoing these changes, darkens like an egg white during cooking, this biological process is irreversible.

How quickly does a cataract mature? The early stages of the progression of the pathological process often go unnoticed due to the absence of any symptoms. This is due to two features of the development of cataracts: Click To Tweet

The progression of cataracts to a severe stage, loss of vision, can take several years. During this period, vision will gradually deteriorate, up to overripe cataracts. In this case, the patient only has a sense of the sensation of light (patients understand whether it is dark around or light). At the final stages of the progression of pathology, the color of the pupil changes, which can be seen even with the naked eye (from black to various shades of white or light gray).

According to statistics, about 50% of congenital visual impairments are caused by cataracts. As in other cases, the true cause of the pathology is the clouding of the lens due to biochemical abnormalities in the protein compound. In most cases, this happens due to genetic disorders, often of hereditary origin. Other factors that contribute to the development of cataracts in newborns include:

The congenital form of cataract is dangerous by impaired development of the visual organs and perception senses in the child. There are types of disease in which urgent treatment is not required, but we are talking only about those cases when partial opacity of the lens does not impair vision.

If the localization, shape or size of the blurred spot is the cause of visual impairment, the child needs surgical treatment. With the current level of development of medicine, operations to restore the lens are carried out even for newborns in the first months of life. In medicine, many types of congenital cataracts are distinguished, which differ in the degree of damage to the lens, the involvement of its various structures in the pathological process, etc. The most common types of pathology in newborns are:

For newborns, it is important to diagnose cataracts as early as possible, determine how much it affects vision and, if necessary, begin treatment as soon as possible. This approach allows you to prevent the development of complications, contributes to the full development of the child. The use of modern equipment and advanced diagnostic methods allows cataract to be detected even in its early stages. We recommend that you contact a specialist at the first symptoms of the disease, contrary to popular belief, you should not wait until the cataract “matures”.

Eye Clinics employs ophthalmologists of the highest category with extensive diagnostic experience. To make an accurate diagnosis at the initial consultation, the following studies are carried out:

Today, for the treatment of cataracts, doctors use an integrated approach that combines drug therapy and surgical methods of treatment. The drugs used are able to slow down or temporarily stop the development of the pathological process. However, the process of lens clouding is irreversible; today there is no medicine that could completely cure cataracts.

For this reason, the only effective method of treatment is ultrasonic phaco emulsification of cataracts (USFEK) – a surgical intervention that consists in replacing the clouded lens with an artificial intraocular lens (IOL). UZFEK is one of the most common and successful procedures in ophthalmology.
The operation takes 15-20 minutes, the procedure is completely painless and well tolerated by patients, as it is performed under local anesthesia (with the help of anesthetic drops). 4 out of 5 patients reported that their cataract surgery was much easier than they expected.

Only an ophthalmologist can choose the right artificial lens (intraocular lens – IOL) and decide on the possibility of an operation. There are several types of IOLs:

Surgical removal of cataracts and replacement of the eye lens with an intraocular lens is the only effective treatment for the disease. However, there are a number of absolute and relative contraindications in which the operation is considered impossible:

Due to the fact that cataract is considered a part of the aging process, and its occurrence is dictated by already understandable biological processes, everyone is susceptible to its development to a certain extent. To reduce the likelihood of developing the disease, doctors recommend:

Conclusion Early diagnosis of eye diseases is the key to successful treatment! Your eyesight is priceless Click To Tweet